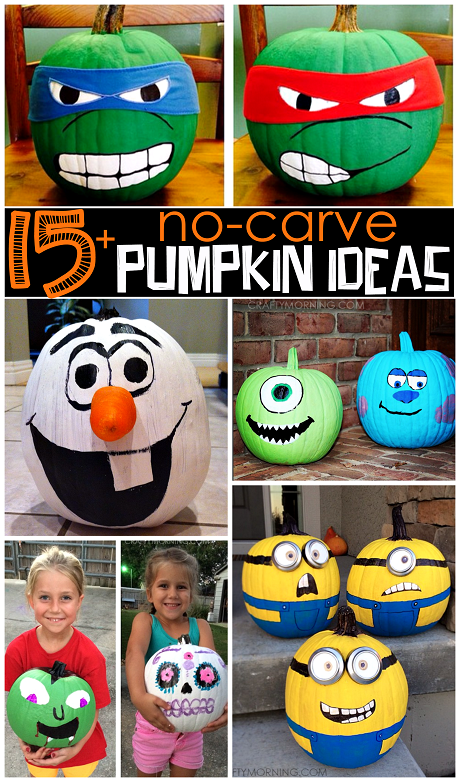 Here are my favorite no-carve pumpkin ideas that kids can help make! Personally, I would rather do painting than have to carve into the oozing pumpkin guts! :-) Most of these are found on Instagram (no instructions) so if you have an awesome pumpkin idea tag me @crafty_morning so I can add it to this post! Also, check out some no carve storybook character pumpkins! 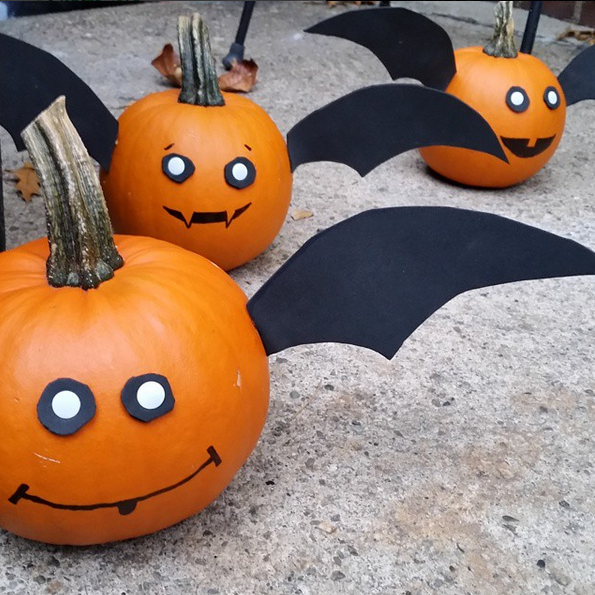 Pumpkin Bats made by Adas Interior Design - She used black foam sheet for the wings and poked toothpicks in to hold them. 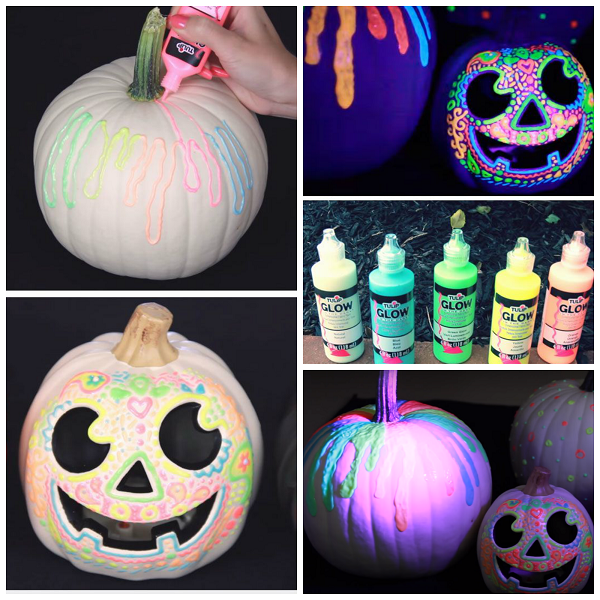 Glow in The Dark Pumpkins- Make glow in the dark pumpkins using dimensional tulip paint! Use a fake plastic pumpkin so you can pull it out every year too! Find the video tutorial here from SoCraftastic. 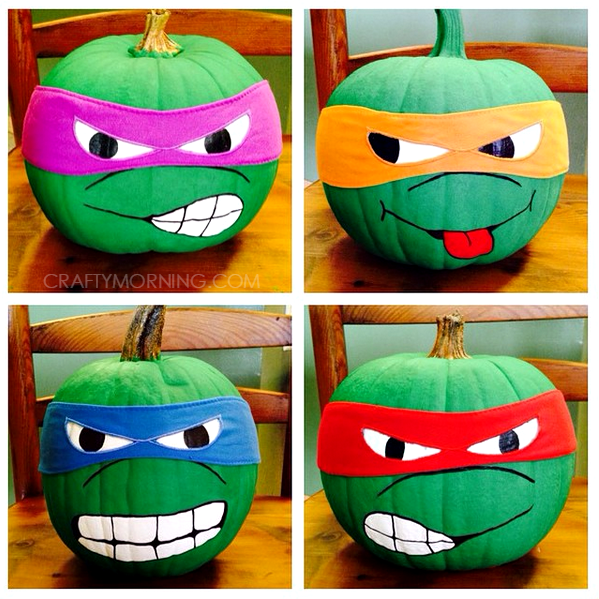 Ninja Turtle Pumpkins made by Nakia - She used her son's costume masks as the bandanas! 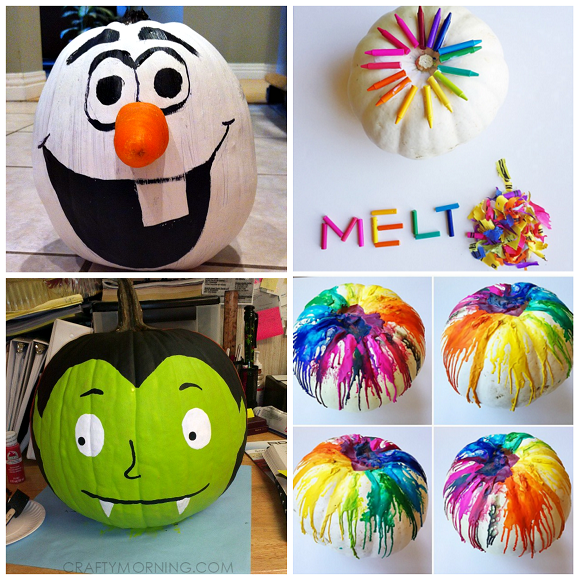 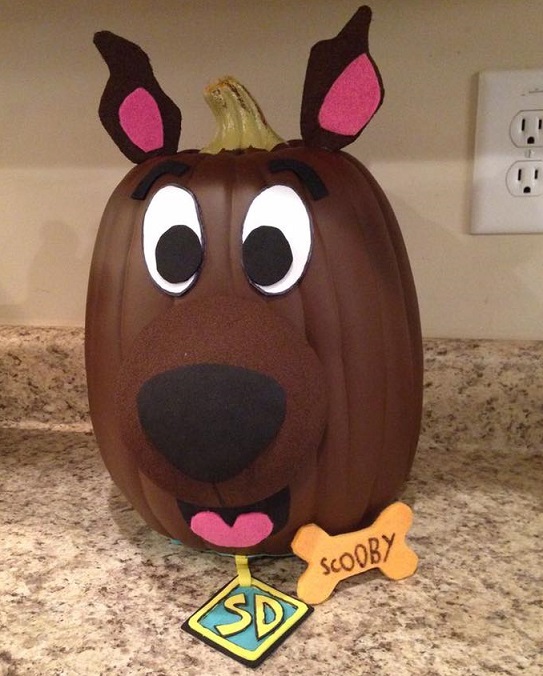 Scooby Doo Pumpkin - Paint a pumpkin with brown and use pieces of felt to make the eyes, mouth etc! The nose looks like a foam ball cut in half (not sure - no instructions on Pinterest) 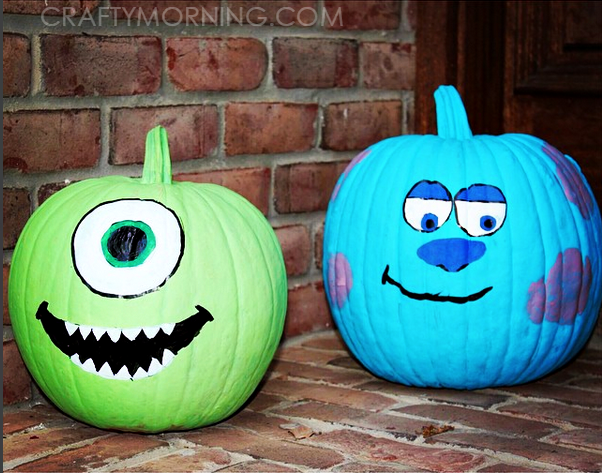 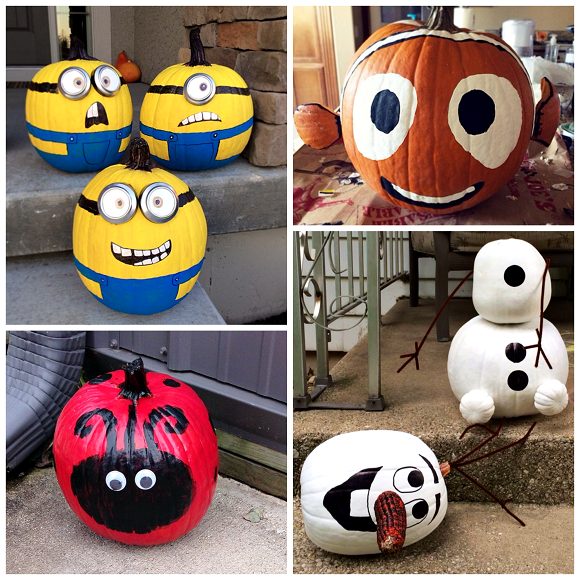 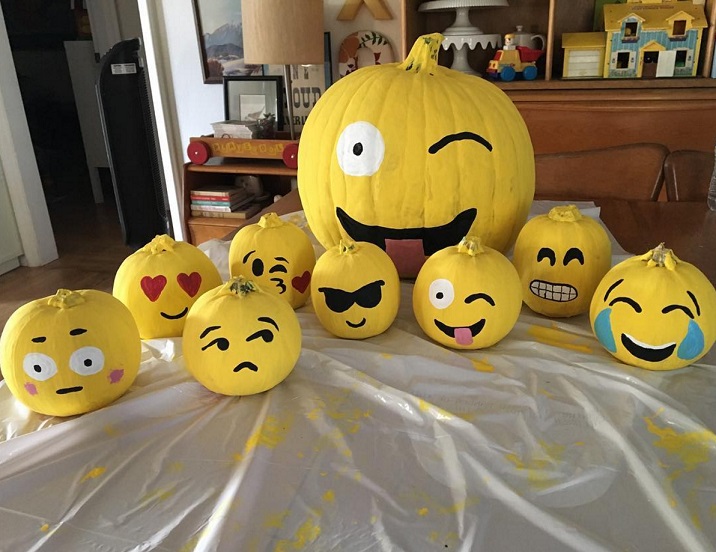 Emoji Pumpkins - Made by Michelle Michael 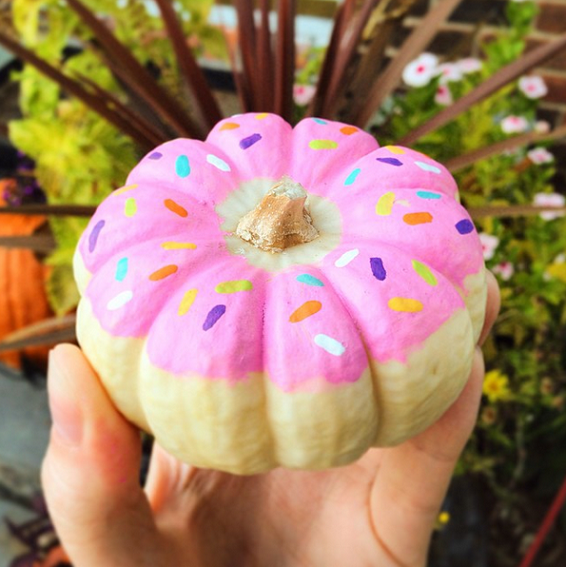 Painted Donut Pumpkin made by Missmalot 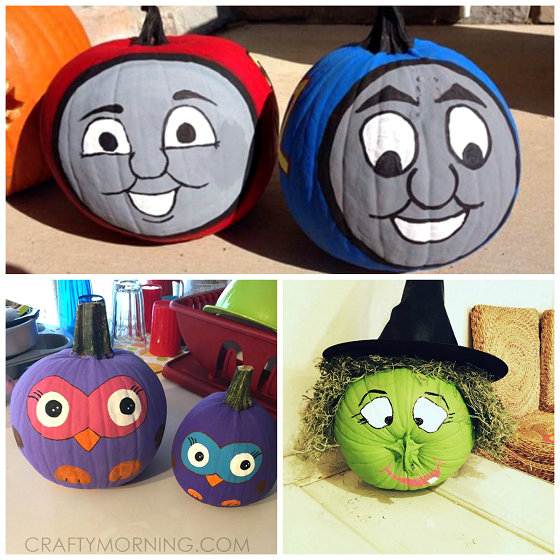 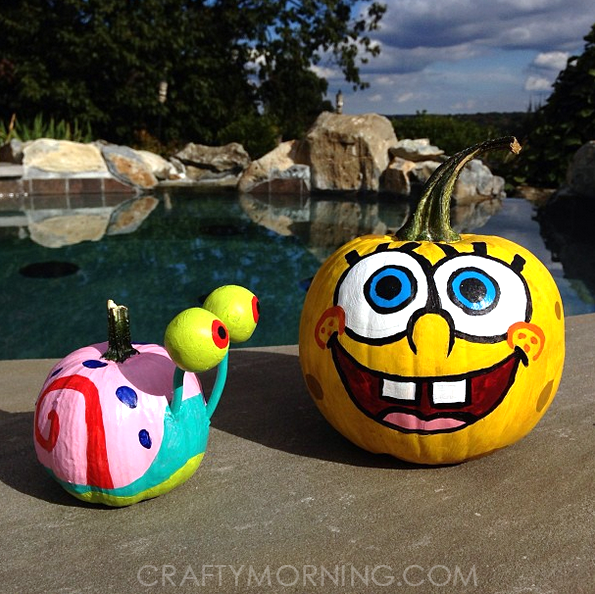 Spongebob and Gary Pumpkins made by Melissa 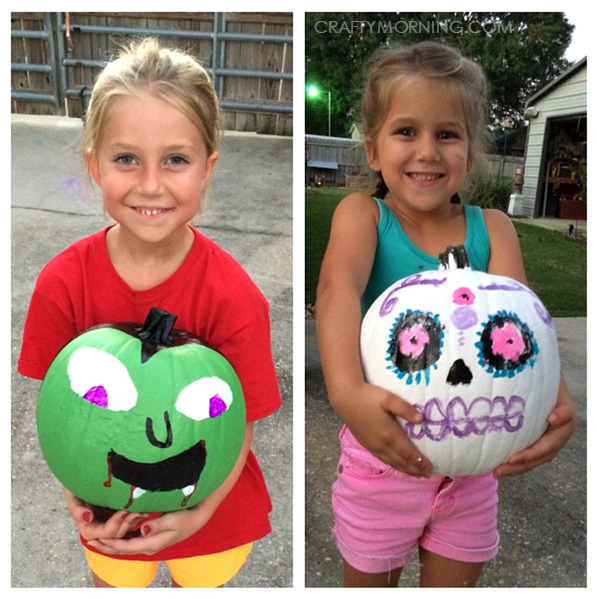 Vampire and Sugar Skull Pumpkins made by Joni's kids 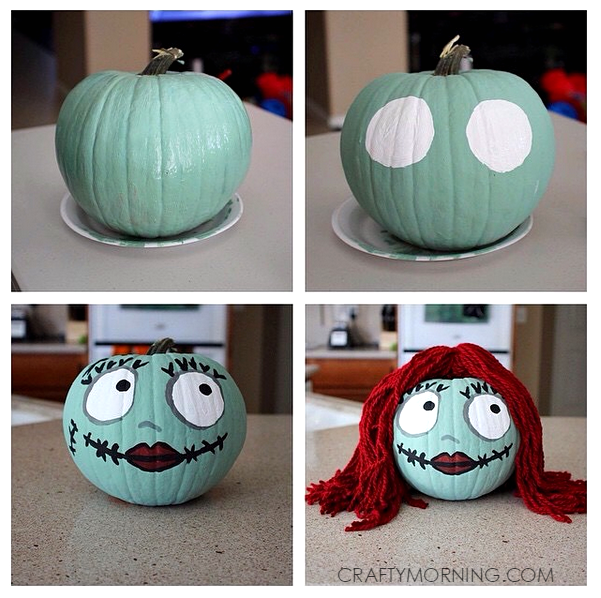 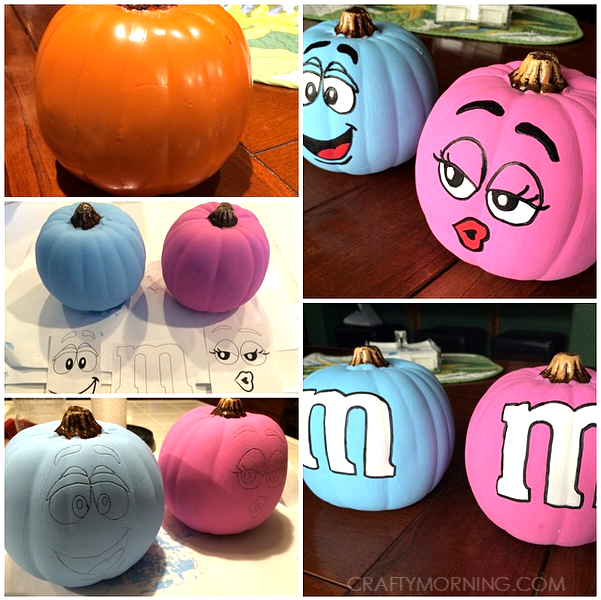 M&M Pumpkins made by Jessica 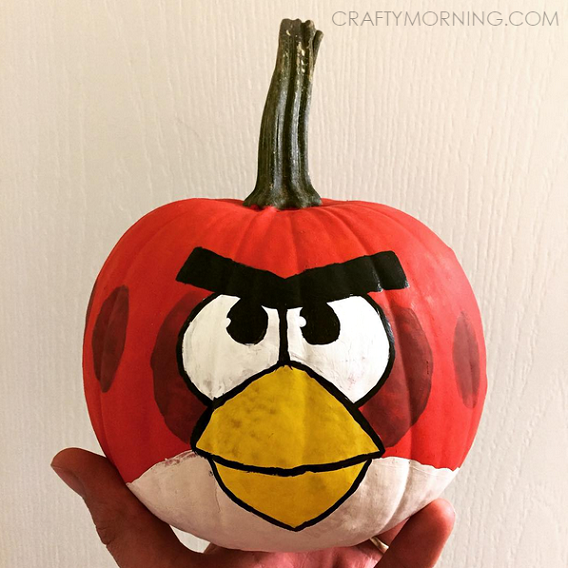 Angry Birds Pumpkin made by Charles 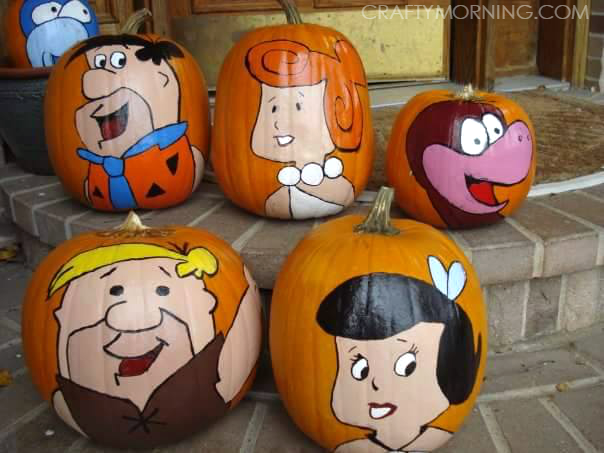 Flintstones Pumpkins made by Barb 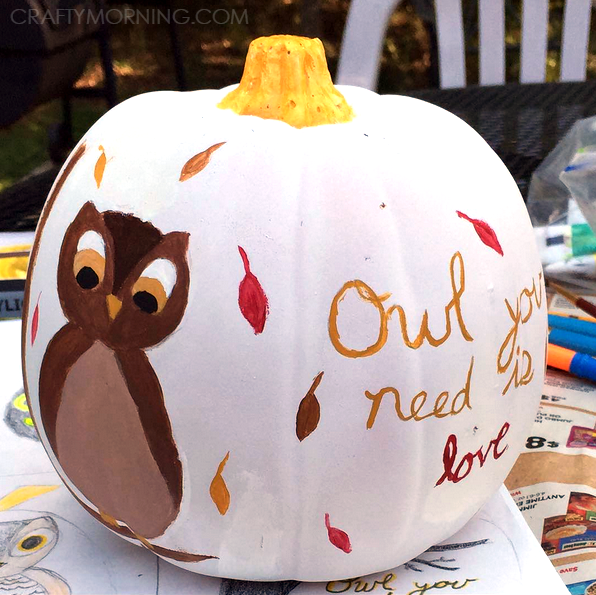 "Owl You Need is Love" Pumpkin made by Maggie Taylor 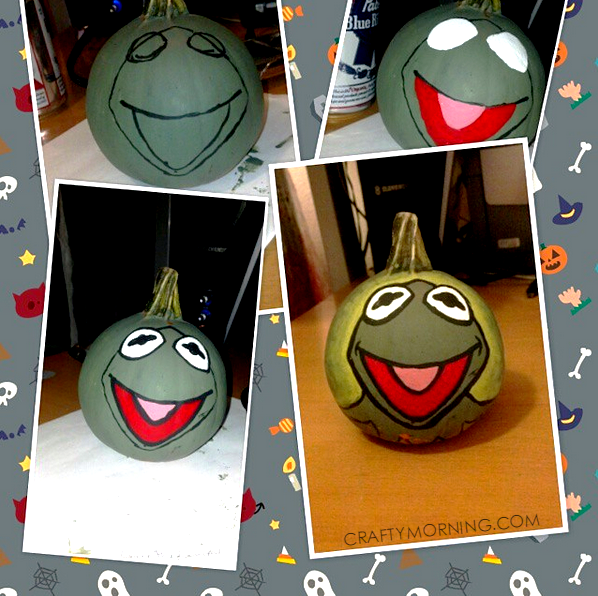 Kermit the Frog Pumpkin made by Aurora

I will be adding to this list throughout September/October so stop back or go see my Halloween crafts for kids!