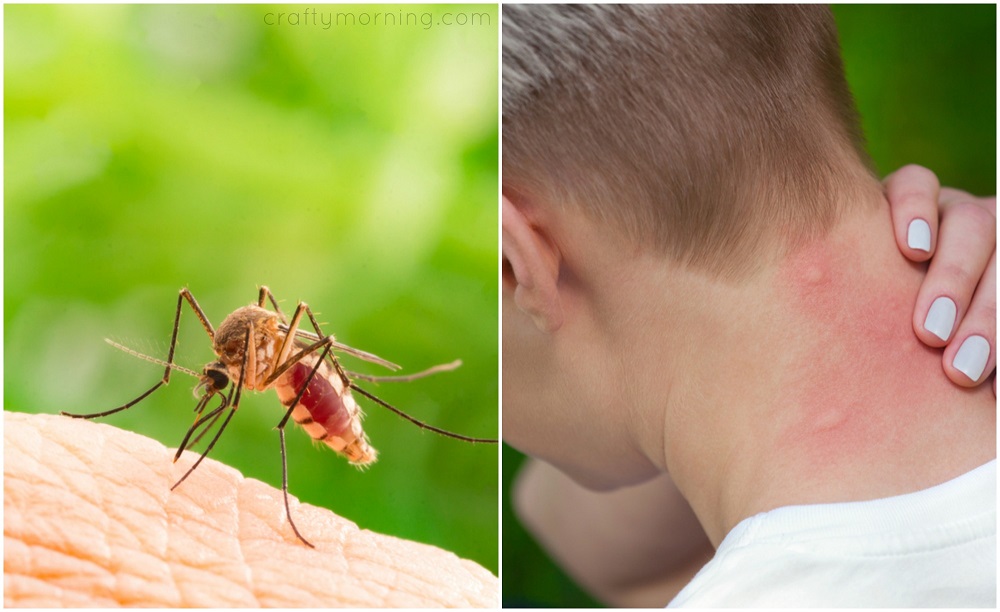 Mosquitos. If you are anything like me, that word makes your skin crawl. This year has been the worst year I have ever seen for mosquitos. If you or someone in your family seems to react more than others to mosquito bites, it may be something called “skeeter syndrome”.

What is Skeeter Syndrome?

Skeeter Syndrome is an allergic reaction to mosquitos saliva.

When mosquitoes bite they inject polypeptides into the skin which causes the blood to be thinned so that mosquitoes can extract the blood.

What is a Normal Reaction?

Most people react to mosquito bites a little bit. A small itchy bump is considered a normal reaction.

What are the Symptoms of Skeeter Syndrome?

Symptoms that commonly present with skeeter syndrome are severe itchiness, extreme swelling, and possible blistering. These can also be accompanied by infection and fever. In rare cases it leads to anaphylactic shock, asthma symptoms and cellulitis.

How Long After a Bite Do Symptoms Appear?

Symptoms of skeeter syndrome can appear anywhere from a few minutes to two days later.

Who Can Have Skeeter Syndrome?

Anyone can have skeeter syndrome but toddlers, children and the elderly are the most commonly affected.

When an individual has skeeter syndrome, one mosquito bite swells up much like a bee sting would. The swelling gets to be so severe that it can easily make an eye swell shut, or make the arms and legs double in size.

The bite spot often feels hot to the touch and can even feel hard. It is common for these bites to blister and ooze as well. A fever can present itself as well and typically stays a low grade fever. A general feeling of not feeling good or being uncomfortable can be common as well.

It is very rare that a mosquito bite can lead to an asthma attack or anaphylactic shock but, it can happen.

How is Skeeter Syndrome Treated?

Antihistamines can help with the itching. This can be taken orally or put on topically. They may also help with a small amount of swelling. Calamine lotion helps with the itching and forms a protective barrier so the bite cannot be scratched.

If you have never had skeeter syndrome before, it can be developed at any point during your life.

There are several species of mosquitoes. Each type gives off their own enzymes. A person can be have skeeter syndrome from the enzymes given off by one type and not the others.

Skeeter Syndrome is not contagious although it may look that way. The best treatment is to keep the individual comfortable with antihistamines and pain reliever until the reaction dissolves. Skeeter syndrome isn’t common but does happen. Know that while it is uncomfortable it will eventually resolve.