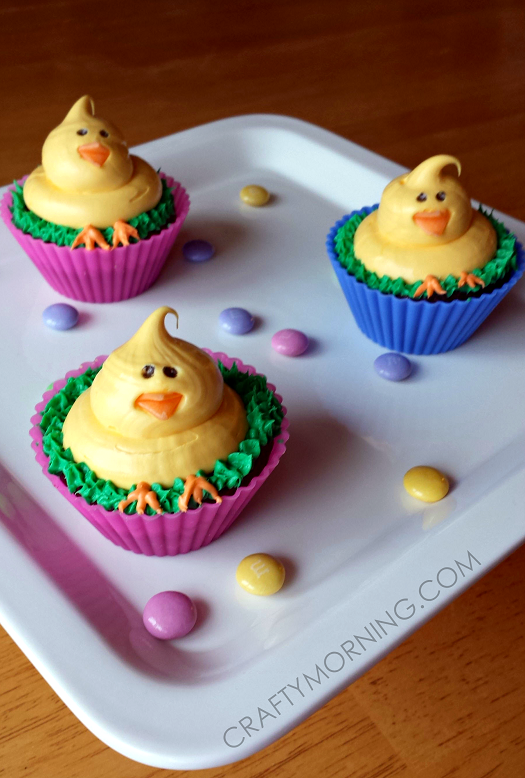 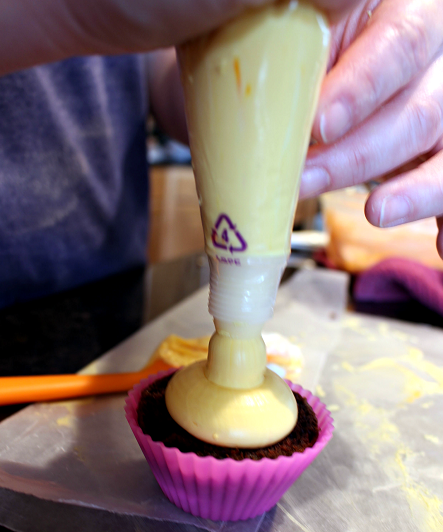 Put yellow frosting into a piping bag with a big circle attachment. Using the pressure of the bag, push the frosting out of the bag making a round circle then lift up in the middle to make the chick's head. Put in the fridge to harden a bit. 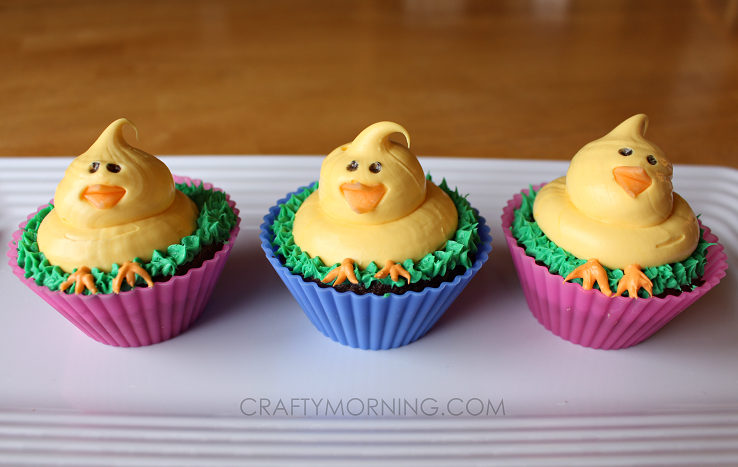 After 5 or 10 minutes, take them out and pipe green grass around the chicks. Add some black eyes either with an edible marker or sprinkles. To make the beak, we heated up an orange starburst candy for a few seconds and rolled it flat with a rolling pin. Cut a diamond shape out with a knife and bend it in half. Stick it on the chicks face to make it 3D! Finish the chick by piping on some orange little feet. 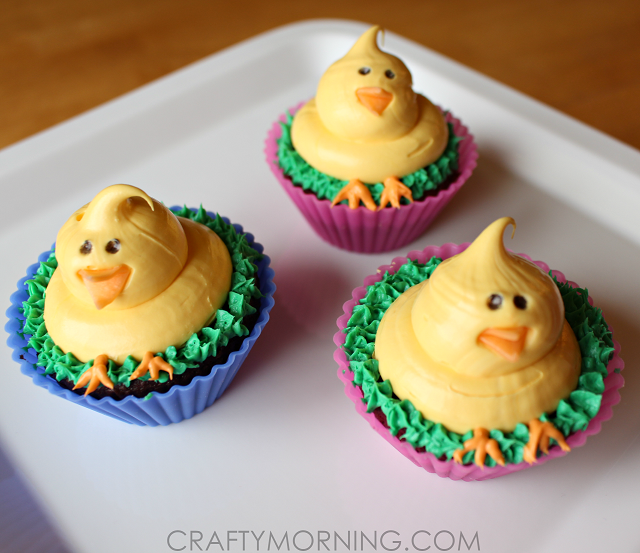 Aren't they so fluffy and cute?! 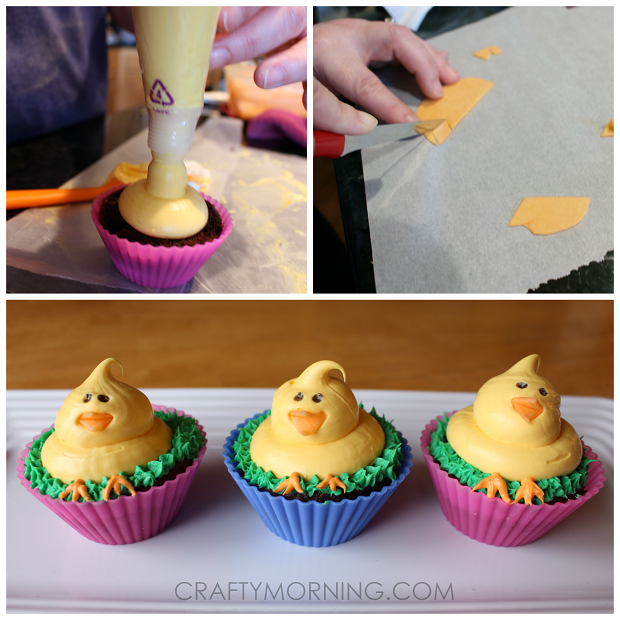